Please note that, starting at 3pm on December 23rd until December 28th, the Club will be closed for the Holidays.

To reserve or modify a reservation, please email reservations@rideauclub.ca or click here. 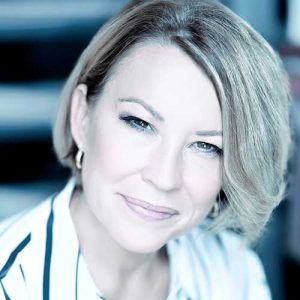 SENIOR DIRECTOR OF MARKETING AND MEMBERSHIP

Carrie Irvine is the Senior Director of Marketing, Membership and Communications at the Rideau Club, a 157-year-old organization that offers its members an exclusive place to create experiences and opportunities in an atmosphere of camaraderie and belonging.

With over 30 years of experience in the marketing and communications industry and a series of successful entrepreneurial efforts, Carrie has become a commanding and creative marketing force in Ottawa.

The majority of her career has been spent marketing some of the most noteworthy retail destinations in the city – Rideau Centre, Place d’Orleans and St. Laurent. During that time, she received the Cadillac Fairview Leader’s Circle Award given for exceptional performance in shopping centre marketing, and several ICSC (International Council of Shopping Centres) Maple Leaf Gold and Silver Awards.

Carrie, like many creatives, thrives on the challenge of building business from the ground up. Blackbird Communications was owned and founded by Carrie in 2008. It was a highly successful agency that specialized in branding, marketing strategy and planning for small to medium-sized businesses. In 2003, Carrie owned Laura’s Corner Home Furnishings & Décor, an award-winning small shop, which successfully generated half a million dollars in sales in the second year of operation.

Over the years, Carrie has forged strong relationships within the Canadian media industry and has been a media spokesperson and contributor on CTV’s Fashion Friday, the Morning Show and CTV News.

When business and passion align, Carrie is at her highest purpose when creating initiatives that support and uplift women and children. Most notably, as leader of Morguard’s only national corporate philanthropic initiative, Carrie successfully launched a Canada-wide girl empowerment campaign called BeYou that was held across the country that ran in twenty shopping centres for five years in partnership with Big Brothers Big Sisters of Canada. Carrie has also lent her creativity to fundraising efforts for the Ottawa Regional Cancer Foundation, Dress for Success, St. Joe’s Women’s Shelter, CHEO, and Care Canada. Carrie has served as VP, IABC (International Association of Business Communicators) Excel Awards Gala and as director on the board of the ORTC (Ottawa Rural Tourism Council).

Carrie loves travel and adventure! She has hiked the Inca Trail to Machu Picchu and the Grand Canyon before learning to surf at a women’s surf camp in Hawaii. Carrie’s favourite adventures are with her children, Avery and Cooper, along with the cutest puppy ever, Siena!